Skip to content
December update
Just finished doing all the paths on the East valley side of Cragg Vale. Thanks to our funders Calderdale Long Distance Walkers association, Thomson Reuters and Cragg Vale Community Association.
Other major bits of work over the summer included clearing a causey path at Blackshawhead, repairing the riverside path in Hardcastle Crags, several jobs at Old Town, Todmorden and Mytholmroyd.
June update
The stairway to Old Town is now nearly finished, we are just waiting for the final few donations to come in.
Just starting some work on paths in Hardcastle Crags for the National Trust and some sections of the Hebden route used by Calderdale Long Distance Walkers Association.
May update
We have several promises of sponsorship for the stairway to Old town, so we will make a start next week.
Below is a piece in the Hebden Bridge Times about the project 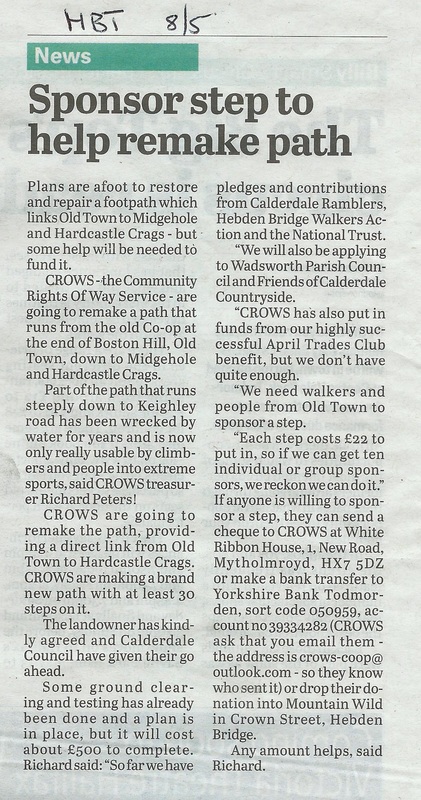